Galway Arts Centre CLG complies with all regulatory requirements and operates in accordance with its governing document.

Galway Arts Centre is a registered Charity (CHY8963). The company registration number is (111140).

Our policy documents are listed below and a copy of them is available on request:

Please email info@galwayartscentre.ie with details of the documentation that you require.

Our online policies can be viewed via the link below.

Galway Arts Centre Board of Directors

John Caulfield has been a member of the Galway Arts Centre Board since 2020. He has a keen interest in culture, language and the arts, and in particular in encouraging access, participation and collaboration in the arts across Galway. Originally from Co. Wexford, John moved to Galway in 2012 to take up the role of Internal Communications Officer at the University of Galway. In 2020, he was appointed the University’s Director of Strategy Implementation. He has worked for TG4 and the BBC in the past, and he holds a PhD in Sociolinguistics from Cardiff University. John lives in An Spidéal and is passionate about the Irish language. He co-directed the Aistriú literary project as part of the Galway 2020 artistic programme, and he is a member of the Boards of the Galway Music Residency and the Galway Music Centre. John has supported and coordinated many cultural events on the University of Galway campus over the years and he sings with a number of choirs in the city.

Mike O’Halloran is a lecturer of Theatre Technology and Stagecraft at National University of Ireland, Galway. He also works as the Technical Manager at the O’Donoghue Centre for Drama, Theatre and Performance and as Safety Officer for the Student Societies Office. Prior to working in NUI Galway Mike worked for various theatre and event production companies and as a freelance Production Manager and Lighting Designer for over 15 years. A long-time member and supporter of the Association of Irish Stage Technicians Mike is the current Treasurer of the association. He has recently returned to education in University College, Dublin and is pursuing a Masters in Occupational Safety and Health.

Alannah Robins is a visual artist with an interdisciplinary practice based between Ireland and Sweden where she regularly participates in and curates both solo and collaborative projects. A graduate of the National College of Art and Design, Dublin, Robins has won several commissions and awards for her artwork, including Tyresö Kulturstipendium, Helge Axe:son stipend, bursaries from the Arts Council of Ireland, Galway County Council and the inaugural Platform 31 award. She has exhibited, among other places, in the RHA, Dublin; London’s Dialogue Cultural Space; Pasaj Independent Arts Space, Istanbul; Galleria Lapinlahti, Helsinki; Oblastní Galeri, Liberec, and in Sweden’s Tegen2, Detroit Stockholm, Galleri CC and Kiruna Stadshus. Her collaborations with both classical and experimental musicians include HOT, A Swedish Circus on Merciful Inferno by Opera factory Sessions in Stockholm’s Supermarket Art Fair and New York Electroacoustic Music Festival and En Timme Natt, with Göran Fröst and Jacob Kellermann. She is the founder and director of Interface, a studio and residency programme in Connemara.

Appointed to the Board in 2021

Celine Curtin has been a prominent member of the film industry in the West of Ireland for the last 30 years, working as producer, production manager and educator.

In 1990, she was appointed manager of the Galway Film Centre. In 1995, when the legendary American producer, Roger Corman established Concord Studios, Celine worked as the Production Manager on several films. In 1999, she was appointed as Director to oversee the building and establishment of the Cinemobile, Ireland’s Travelling Cinema which travelled throughout Ireland bringing cinema to small towns.

Between 2003 and 2005, she co-ordinated and managed the Galway Film Fair, the international market at Galway Film Fleadh, a role in which enabled her to develop relationships with many international financiers, distributors and producers. She has also carried out work for Screen Skills Ireland in designing and co-ordinating programmes for industry practitioners.

In 2005, Celine commenced work as a full time lecturer on GMIT’s Film & Documentary Programme. Her subject areas include Broadcasting Studies which examined the National broadcasting landscape with an emphasis on Public Service Broadcasting. From this area of interest in 2017, she devised the concept of Fís TV Summit which saw the establishment of the first major broadcasting seminar in Ireland. She was appointed Head of Department Creative Arts & Media in 2018.

Celine has served on several national boards and is a former chair of Galway Film Centre and UNESCO City of Film.

Mark joined the Board of the Galway Arts Centre in 2022. Previously he both volunteered and worked for the Arts Centre as an Artist Ambassador, Festival Driver, and Operations Manager for Cuirt International Festival of Literature. Mark has a deep love of the cultural sector.

He was the Head of International Cooperation for 6 years at Jz Music. Jz Music is a privately owned and operated Chinese company based in Shanghai. In that role he drafted and negotiated contractual terms for performances, hotel sponsorships, food and drink sponsorships, and airline sponsorships. He brought in American Airlines as sponsors, he initiated the contact, designed the events and negotiated the terms, he was responsible for relationships with all artists, agencies, promoters, arts councils, governments and sponsors internationally, and he grew the flagship event “Jz Festival” from 1 stage to 9 stages, 2000pax to 50000pax in six years.

He is a qualified solicitor in Ireland, working in general practice in Galway.

Sarah Lynch is the HR & Talent Lead for Rent the Runways E.U technology Hub based in Galway and brings international People & Talent experience in Publishing, Creative and Technology sectors combined with 10 years Festival and Events management to her role on the GAC board.

Appointed to the Board in 2008

Vincent Browne is a Clare native and is Manager at Charlie Byrne’s renowned bookshop. He also acts as the presenter of the weekly Arts Show on Galway Bay FM.

Sarah Searson is a curator and creative director. She has worked extensively in the arts in Ireland. Sarah’s background is in arts, cultural development and education. She is a graduate of Cultural Policy and Arts Management (UCD), Public Culture Studies (IADT) and Fine Art (TUD). She has lectured at TUD, UCD and IADT. Sarah has served on the boards of Rua Red, Pallas Projects and  Chaired the Association of Local Authority Arts Officers. She was the inaugural Head of Centre for Creative Arts and Media at ATU Galway. She recently joined the board of Galway Arts Centre and served on the Board of IT Sligo as it transitioned to ATU. She is a member of The Governing Authority of Maynooth University.

Eithne Verling is the Director of Galway City Museum.

About Us: View Next 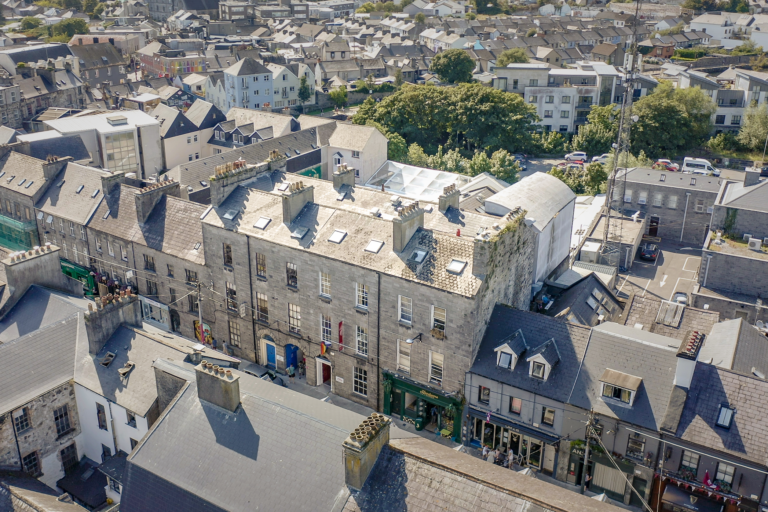 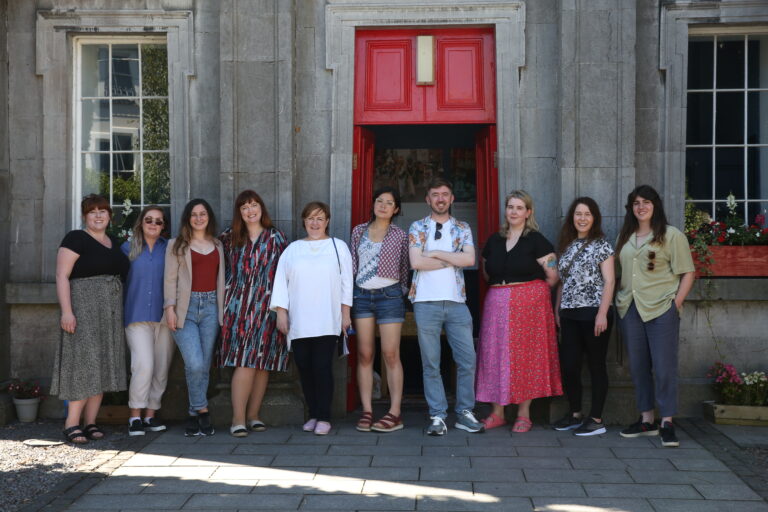 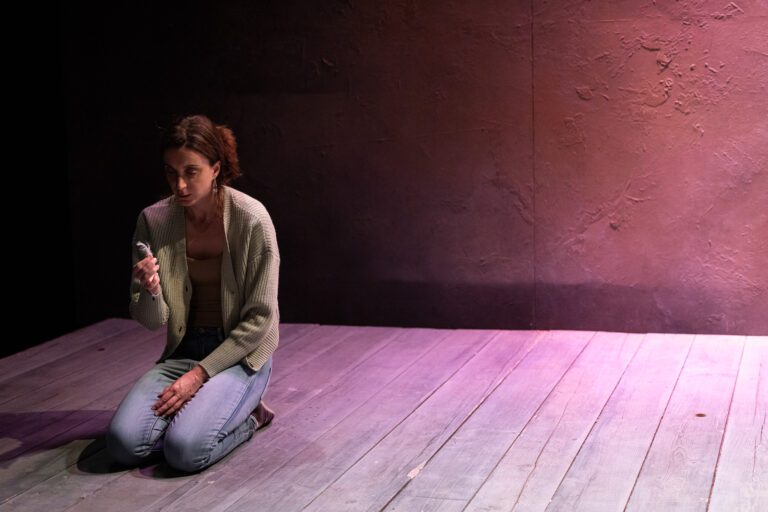 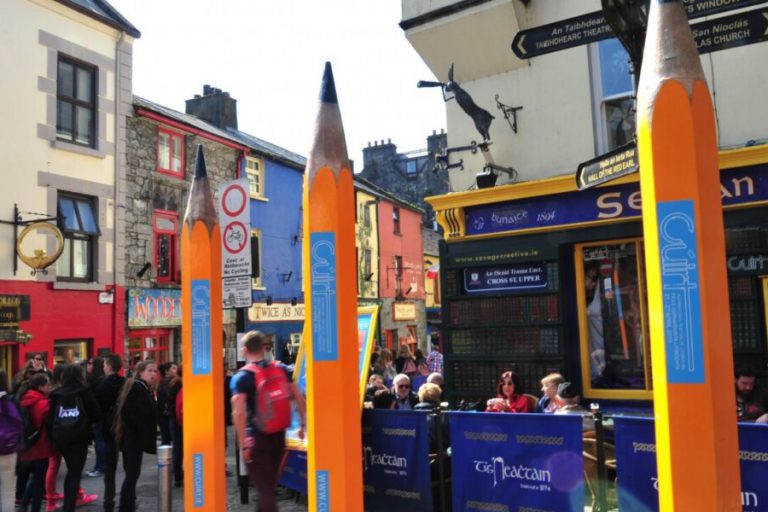 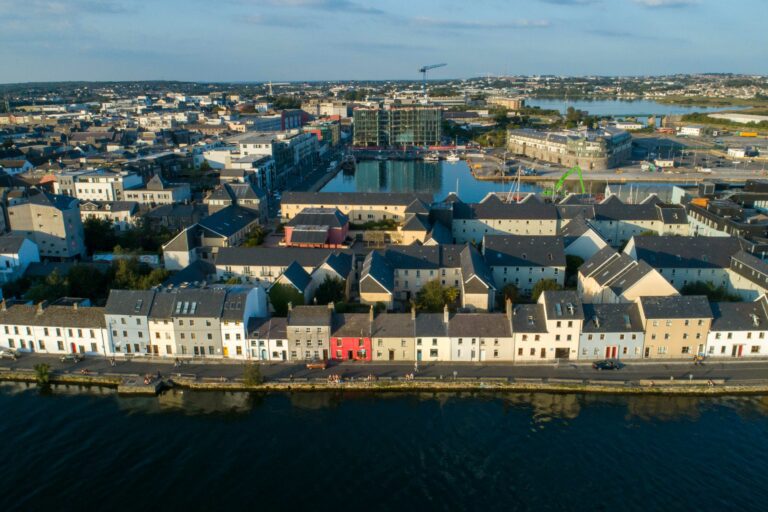 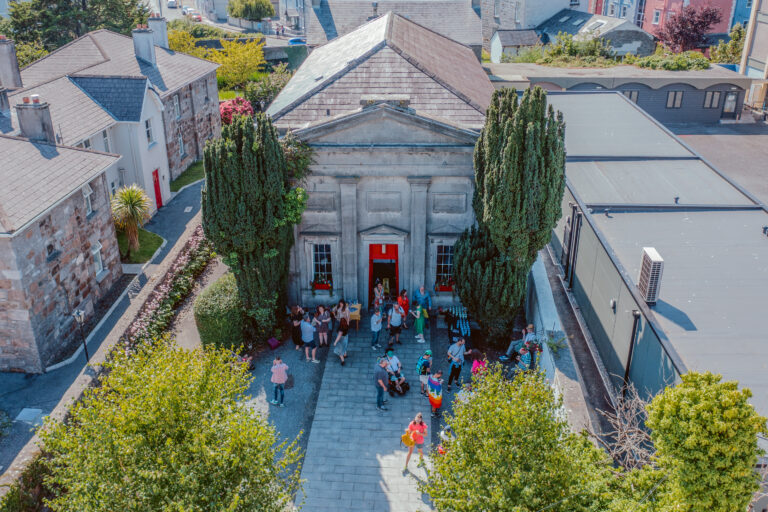